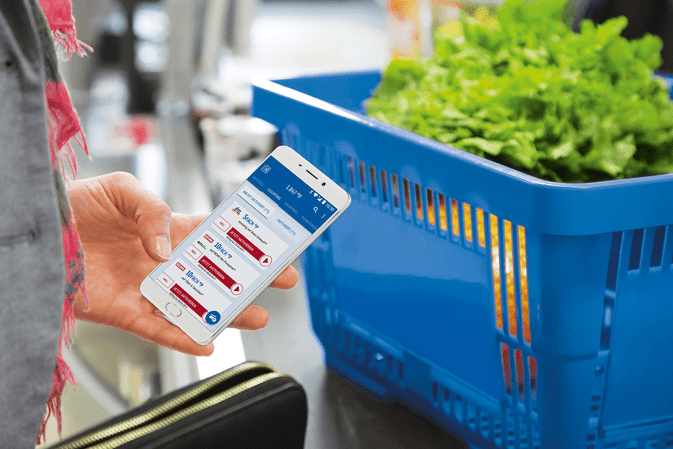 Modern need for a shopping app

It is difficult to imagine a person, who doesn’t like shopping online. In our fast-moving world, it is crucial to have a chance to save time, so more and more people prefer using shopping apps in order to avoid long drives to the malls, standing in queues or spending extra money.

According to statistics, two out of three customers use their mobile device, when they go shopping. They use various shopping lists, apps with coupons and discounts, review apps and so on. The variety of such apps is amazing and billions of users worldwide have discovered all the benefits of such services.

Can you imagine your life without eBay, Amazon or Wish? These are only the most popular names but they reflect the overall tendency: every day billions of purchases are made through internet and it would be crazy to stand aside and watch how others make millions!

The market of shopping apps is growing rapidly and has doubled, compared to the previous year. On one hand, it is the evidence of a high demand and you can easily enter the market if you have an idea of an eCommerce project. However, presence of market giants will make the process difficult, so you should have a really fascinating idea to have a chance to find your niche on the market of shopping apps.

Once the shopping websites were adjusted to mobile phones, a totally new era began. According to Google ZMOT study, 80% of the mobile purchases are spontaneous and 90% of users hop between screens to complete the purchase. Such a positive tendency helped the online shopping market make $115 billion revenue in 2015 and will make much more in 2017. That is why this sphere is definitely worth to be discussed.

It doesn’t matter whether you want to create a store for your already-running business or want to create something new: our article will give you a detailed information on the subject and you will have a chance to learn more about the world of developing online shopping apps!

Features of a shopping app

When you want to create an app for customers, you need to pay careful attention to their needs and desires. The best way to do it is to consult the reviews of already-running apps in order to avoid possible mistakes. Below is a list of the best and the worst features, inherent to shopping apps.

Features, which are not important:

Using customers’ reviews will be of a great help and you will have a chance to improve your competitors’ strategies. In addition, you can spend some time and money on a marketing research to find out what the target audience wants, which will greatly contribute to the duration and final cost of the development process.

If you visit a trade center or a market, you will notice how many people use their phones in order to buy everything they need. The times, when we needed to make lists on paper, has long gone and now it is simpler to create virtual lists on our devices not to forget anything.

Shopping list apps can be a great example of a successful shopping app strategy that is why we will try to give you an insight to the variety and usage of such apps.

There is quite a vivid classification and all the apps can be divided according to their functions, target market and types of entering the data.

Shopping lists are connected to your own library and can be uploaded to the global database, so you won’t even have to enter the whole name or word. Moreover, the program will save frequently used products, so you will be able to add the items in one click the next time you will want to go shopping. An additional and useful feature of such apps is a chance to share the lists with members of the family or other connected users. You will get an immediate notification if someone has edited information from the list.

Coupons, discounts and loyalty programs are available on multiple apps and aim to show the user all the best deals of the shops he is interested in. These deals can be added according to geographical location, personal preferences, current list of purchases or history of previous shopping. There are also apps, which engage multiple stores and alert the user if a new deal appears.

Barcode scanners give users a chance to learn everything about the product. It is more than convenient if you are shopping for big items and simply add them to your virtual basket without a need to carry them around the store with you. Another benefit is a chance to get all the information about the nutritional value or producer of a certain good. It is especially important for those, who follow healthy nutrition, have specific demands or health conditions. All you need to do is to aim the phone at a bar code and the data will appear on your screen immediately.

Reminders and alarms give users a chance to manage all the purchases without forgetting anything. They usually come in a shape of push messages or notifications, so all you need to do is to have a stable coverage.

Delivery is also becoming one of many important features, which drag customers’ attention, because it allows saving money and time. As a bonus, you can combine delivery from various shops and the whole purchase will arrive in a matter of an hour. Such apps work with biggest stores and malls, so you will have plenty of services to choose from.

Types of data input consist of:

Shopping apps on the market

eCommerce is a community, which engages sellers from around the globe and has placed firm positions among the most profitable sectors of online market. It offers lots of possibilities and any user has a chance to become a real doer simply by forming a winning idea into a shape.

It is always important and useful to learn from the best, so we will analyze Wish and Throne, shopping apps, which had occupied leading positions on the market and continue increasing their revenue rapidly.

Wish, Google AdWords for the retailer

Wish occupies leading positions among online shopping giants, outstripping Walmart and Groupon. It is an app, which connects sellers with buyers around the world and stores more than 100 million accounts of customers, who are ready to buy from more than 100 000 sellers.

It is popular not only because of lower prices but because it is universal and one can find anything he needs in one place, without attending multiple stores and spending a fortune on mass-market items.

Here are the key features, which help Wish remain leaders in the field:

You need to keep in mind all these features if you are willing to create a worldwide shopping app. However, there are some tools, which Wish lacks and you can easily benefit from them. First of all, you can improve the delivery, which usually takes more than a month. By cooperating with a third-party delivery, you can significantly reduce time consumption.

As a bonus, you can add such tools as fitting rooms and combining sections, where you can virtually try some looks on and combine various outfits. Additional features may include blogs and personal reviews on purchased items, comparison of products, a chance to send gift cards and so on.

Remember that idea always comes first and you won’t be able to develop a shopping app without a clear picture of what you have to offer. The key to your success always lies in the ability to adjust your cravings to the demands of the market.

Throne, a marketplace for experts

Unlike Wish, a shop where everyone can buy affordable goods, Throne is a place, where users can buy, sell and get additional information on rare sneakers. It was initially created to engage people, who love sneakers and want to share this passion with same-minded users.

This app is a great example how an idea with limited target audience can become profitable: Throne has more than 300 thousand active users, who communicate via various platforms and use Throne iOS-based app to complete the purchases.

Here are specific steps, which helped Throne became a profitable and fast-growing app:

If you want to create a similar app, you can add various features to make it even brighter. For example, a referral program can be of a great use, where all the discounts or bonuses will be stored. You should also pay careful attention to marketing the product, as it plays a big part in the overall results of your launch.

Think of the methods, which may increase the traffic and constant downloads. Spend time and money on promotion, online reviews in blogs or forums, taking part in different conferences and so on. The more people will learn about your product, the better your start will be.

With so many features and details to consider, it may be very difficult to understand where to start the project. You should always remember the golden rule: your idea should fulfill the demands of the market, so spending some time on research and analysis will play an important part in the development process. If you lack ideas, just study the market and review comments to see what the market of shopping apps needs at this exact moment.

Don’t hesitate to become a part of the eCommerce community, as it is growing rapidly and has lots of space to store everyone, who is ready to work hard, create outstanding ideas and top-notch technologies.

Request a Quote
©2022 All Rights Reserved